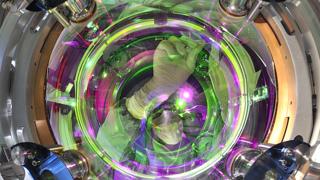 Scientists have discovered an astronomical object that has never been observed before.

The object is more massive than collapsed stars, known as “neutron stars”, but lighter than black holes.

Such “black neutron stars” were not thought possible and will mean ideas for how neutron stars and black holes form will need to be rethought.

The discovery was made by an international team using gravitational wave detectors in the US and Italy.

Charlie Hoy, a PhD student from Cardiff University, UK, involved in the study, said the new discovery would transform our understanding.

“We can’t rule out any possibilities,” he told BBC News. “We don’t know what it is and this is why it is so exciting because it really does change our field.”

Mr Hoy is part of an international team working for the Ligo-Virgo Scientific Collaboration.

The international group has laser detectors several kilometres long that are able to detect minute ripples in space-time caused by the collision of massive objects in the Universe.

The collected data can be used to determine the mass of those objects involved.

Last August, the instruments detected the collision of a black hole 23 times the mass of our Sun with an object of 2.6 solar masses.

Astronomers have been searching for such objects in what they’ve come to call the “mass gap”.

Writing in the journal The Astrophysical Journal Letters, the research team believes that of all the possibilities, the object is most likely to be a light black hole, but they are not ruling out any other possibilities.

Having collided with the large black hole, the object no longer exists. However, there should be further opportunities to learn more about these mass-gap objects from future collisions, according to Prof Stephen Fairhurst, also at Cardiff.

“It is a challenge for us to determine what this is,” he told BBC News. “Is this the lightest black hole ever, or is it the heaviest neutron star ever?”

If it is a light black hole then there is no established theory for how such an object could develop. But Prof Fairhurst’s colleague, Prof Fabio Antonioni, has proposed that a solar system with three stars could lead to the formation of light black holes. His ideas are receiving increased attention following the new discovery.

If, however, this new class of object is a heavy neutron star then theories for how they form may also need to be revised, according to Prof Bernard Schutz of the Max Planck Institute for Gravitational Physics in Potsdam, Germany.

“We don’t know a lot about the nuclear physics of neutron stars. So, people who are looking at exotic equations that explain what goes on inside them might be thinking, ‘maybe this is evidence that we can get much heavier neutron stars’.”

Both black holes and neutron stars are thought to form when stars run out of fuel and die. If it is a very large star, it collapses to form a black hole, an object with such strong gravitational force that not even light can escape its grasp.

If the starting star is below a certain mass, one option is for it to collapse into a dense ball composed entirely of particles called neutrons, which are found inside the heart of atoms.

The material from which neutron stars are composed is so tightly packed that one teaspoonful would weigh 10 million tonnes.

A neutron star also has powerful gravity pulling it together, but a force between the neutrons, called the nuclear strong force, pushes the particles apart, counteracting the gravitational force.

Current theories suggest that the gravitational force would overcome the nuclear force if the neutron star were much larger than two solar masses – and cause it to collapse into a black hole.

According to Prof Nils Andersson of Southampton University, if the mystery object is a heavy neutron star then the theorists will have to rethink what goes on in these objects.

“Nuclear physics is not a precise science where we know everything,” he said.

“We don’t know how the nuclear strong force operates under the extreme conditions you need inside a neutron star. So, every single current theory we currently have of what goes on inside of one has some uncertainty.”

“More cosmic observations and research will need to be undertaken to establish whether this new object is indeed something that has never been observed before or whether it may instead be the lightest black hole ever detected.” 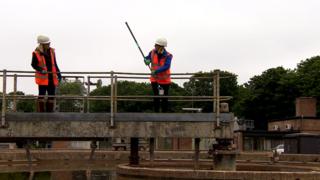 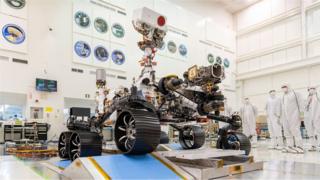 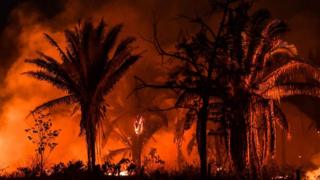 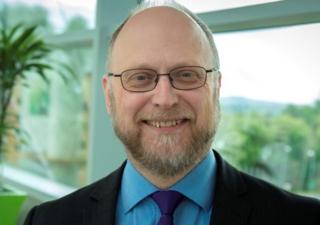